In Search of the New Israeli Cuisine

Israel’s cuisine is the combination of the cuisine of over 60 countries since Israel was open to immigration from everywhere….and people have settled there from almost every country of the world. What we discovered was that the land, the people and the food are all amazing. But, after eating 32 meals, we found we just scratched the surface of what the new Israeli cuisine is. After arriving in Jerusalem, the group was full of incredible emotions – and those emotions only grew as the group walked the Via Dolorosa, visited the Garden of Gethsemane and reached new heights walking through Yad Vashem. Living the history of Nazareth and of Masada and floating in the Dead Sea, only enhanced the experience. Watching the fishing boats on the Sea of Galilee as we too sailed along, brought joy and peace to our guests, as did the Mount of Beatitudes and the city of Capernaum. The old and new markets of Jerusalem played a stark contrast to the modern world-class city of Tel Aviv.  A dinner at a winery in the Golan Heights brought modern day Israel to life.  We sat separated from Syria, only by a small mine field, as the group lived the life of a modern Israeli. We all learned a new appreciation of Israeli wines.

A short flight brought the group to Eilat, Israel, where we walked across the border into Jordan.  A jeep tour of Wadi Rum provided us with an authentic Bedouin lunch in a remote tent in the desert. Guides led us through the even more ancient city of Petra followed by a cooking class of Jordanian cuisine. This was such a remarkable CLJ experience. 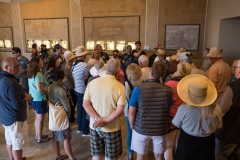 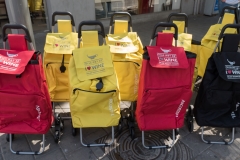 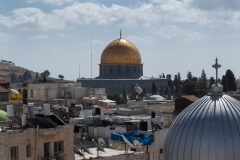 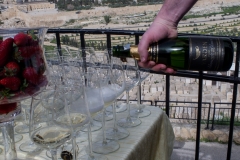 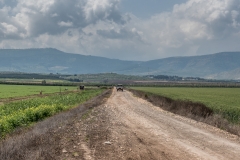 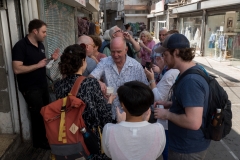 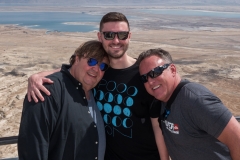 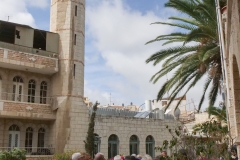