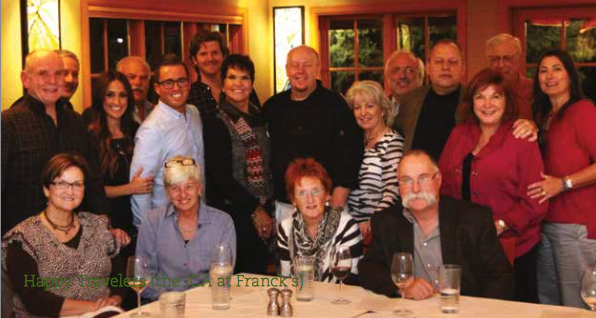 September 28 – October 3, 2014 – a 5 day culinary showcase of Utah, hosted by Mary and the Culinary Crafts team for the International Caterers Association

Being asked to host a group of 24 award-winning caterers from around the world was a huge honor for us. The International Catering Association organizes a “Culinary Learning Journey” once a year, and they asked our own Mary Crafts-Homer to organize and lead 2014’s tour in Utah! (fyi, next year’s tour is in Venice, Italy). Mary put together a 5-day itinerary of Utah’s best food artisans, and eating establishments. Mary was thrilled to show off the culinary scene in Utah to the “creme de la creme” of caterers from around the world. It’s her biggest passion to celebrate Utah’s bounty with the world. By showcasing Utah based foods, touring food artisan facilities, and dining at many critically acclaimed restaurants, this tour showed Utah to be a true world class food destination.